Professor Robert Kolb (76) is a renowned science authority for reformation and post-reformation age, evangelical theology, Martin Luther and his colleagues. He is a holder of three honorary titles and a world-recognized expert. His research focused on second and third generation of reformation theologists, age of confessionalism and controversial theology of the 16th century. His professional attention is on the region of Central and Eastern Europe, including present day Slovakia. He served as the director of the Center for Reformation Research and he taught at his alma mater, Concordia University, St. Paul for nearly two decades. As a mission professor and director of the Institute for Mission Studies at Concordia Seminary, St. Louis, Kolb also served at various evangelical institutions all around the world.

“It is a great pleasure to welcome such a unique personality with an exceptional skill to integrate reformation, history, research and theological education and able to reflect an importance of faith and church in the present world, at our 'national' University in a year when we commemorate 500 years from reformation,” the President of Comenius University in Bratislava, Professor Karol Mičieta, said at the ceremony.

Professor Kolb has strong ties to Slovakia: “Each visit to Bratislava has again expanded my horizons through conversations with pastors and professors, as well as with lay people, as the larger dimensions of the church’s history in Europe become ever clearer for me.”

Comenius University awards honorary doctorates to Slovak and international figures who have significantly contributed to the development of education, science, culture, democracy, and human values, and who have personally helped bring civilizational progress by spreading education and humanism. Others who have received this honor include the former UN Secretary General, Ban Ki-mun (2015), the German Chancellor, Angela Merkel (2014), American microbiologist with Slovak roots, Ján Vilček (2014), and the 14th Dalai Lama, Tenzin Gyatso (2000). 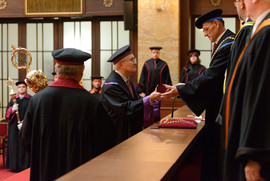 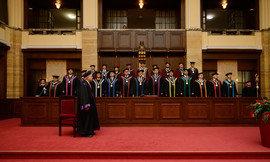 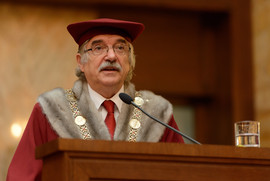 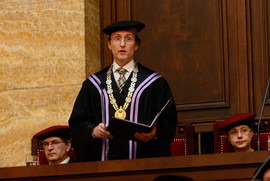